Showcasing the fab and fun things our members have done for charity during 2019 - Please send any contri­butions to Alan.Borrowdale@dwp.gov.uk 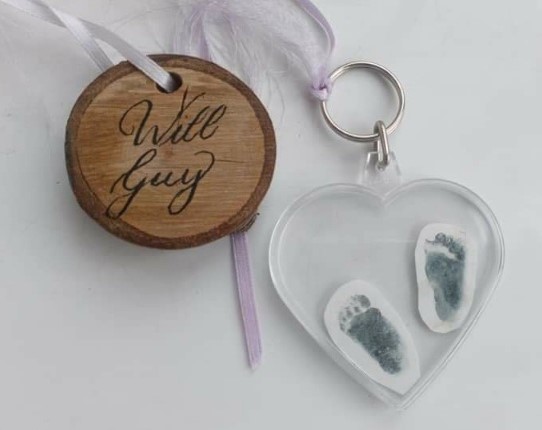 Malcolm from Digital group swam 1 mile across lake Windermere raising £380.00 in support of Teardrop Support Group in memory of his son Will Guy Moran 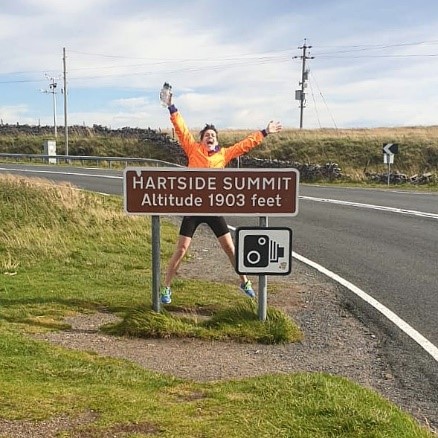 Trevor from Service, Design and Trans­fro­mation completed his annual Children’s Cancer Run with his boys raising £254 for the cancer charity 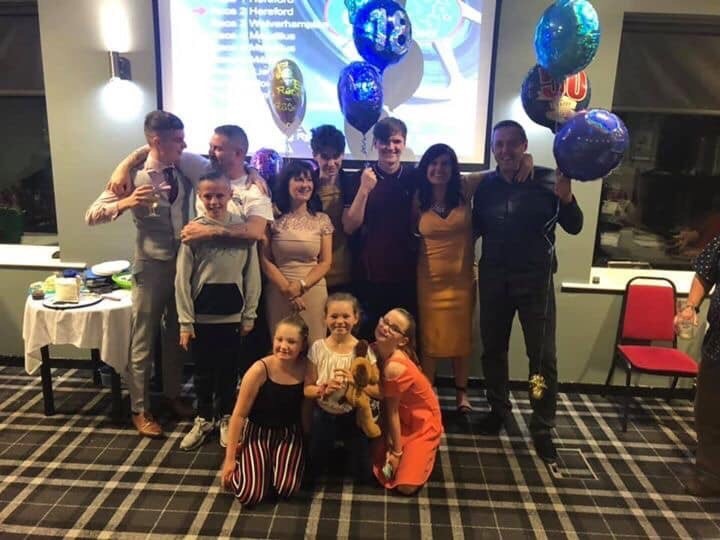 Lesley from ESA Health & Work Portfolio Team  had a charity race night for and birthday party  and raised £927.01 for Myalgic Encep­halo­my­elitis (M.E)

The money was sent to Professor Julia Newton  at the RVI Newcastle & Dr Cara Thomas at Newcastle University who are undertaking research studies focusing on Energy Production specifically  Mitoc­hon­drial dysfunction in those with M.E. This Study relies totally on Charity donations. 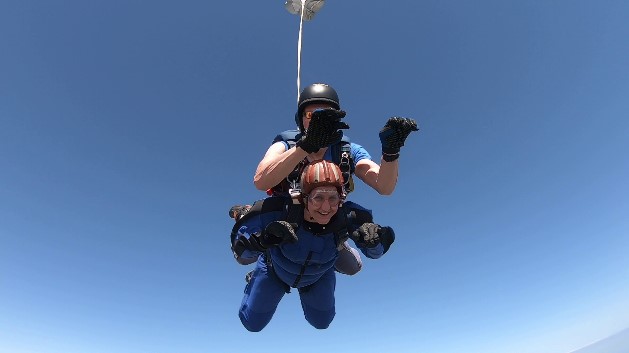 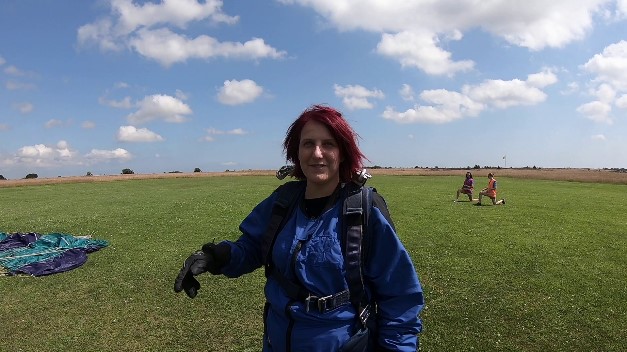 Rachel from Digital Group ran the Great North Run and raised £1,160 for the charity Hundred Families 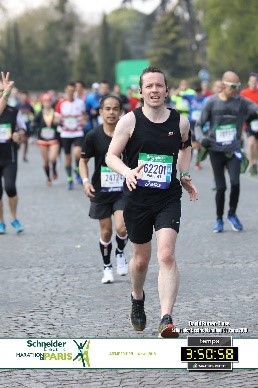 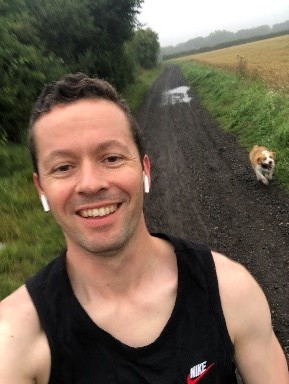 David from Digital Group is raising money for the Children's Cardi­ot­ho­racic Transplant Fund (part of the Newcastle upon Tyne Hospitals NHS Foundation Trust) by running the Paris and New York Marathons this year. He’d never ran a marathon before so its been quite a challenge. He ran Paris in 3 Hours and 50 minutes which was his target. He’s aiming for under 3 hours 30 minutes for New York on the 3rd November. He’s run a total of 1100 miles so far this year.

‘My son had a heart transplant at age 2 in the Freeman, a place most of us stare at every day without thinking much about what’s going on inside. He has had world class care throughout his journey and he’s doing incredibly well at age 12. Sebby and I are both runners so this seemed like a fitting way to help out’ 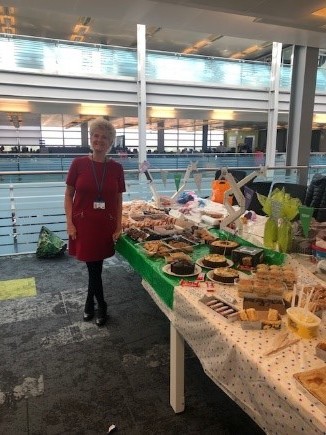 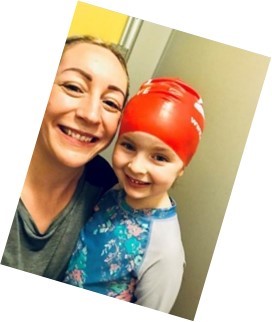 Clare of DWP Digital UCFS Product Support did an individual 5km (200 lengths) swimathon and raised £400 for Cancer Research and Macmillan. 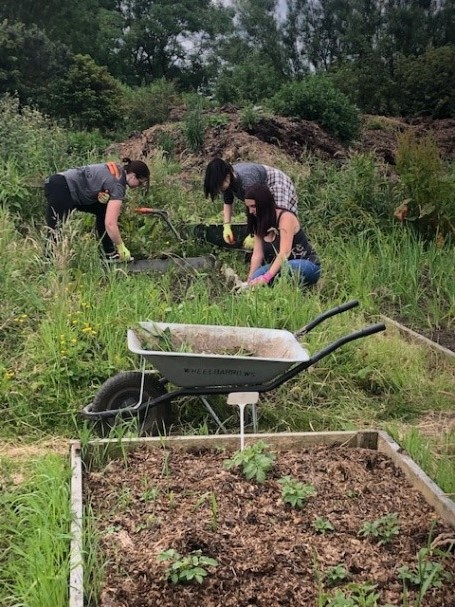 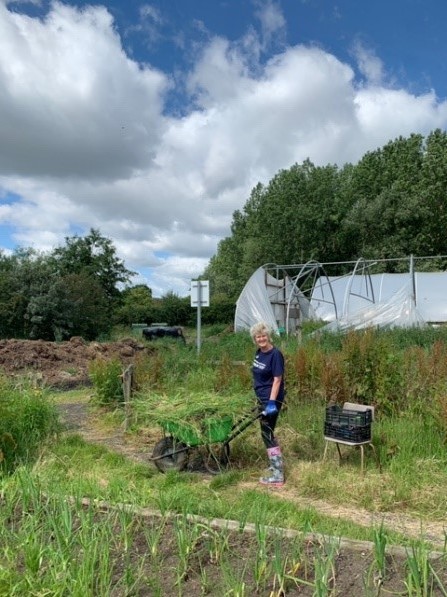 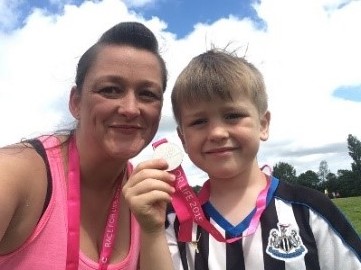 Michelle (and Archie) from Service, Planning and Optimisation took part in the Race For Life and raised £548 for cancer research

DWP Digital, Retirement Bereavement and Care had a Macmillan coffee morning and raised £210

Fraser from Tech Support took part in a charity boxing match raising £350 for Tiny Lives, as his good friend had a premature baby who needed serious post-natal care. They were brilliant with the family and got them through a very troubled time. It was a pleasure to work with them 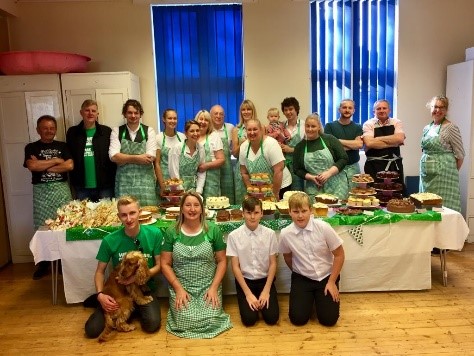 Sue and Lynda from Children, Retirement & Counter Fraud and 2 other friends completed the Hike Northum­berland for Macmillan in July.  Walking 26 miles from Alnwick Castle to Bambrough Castle.­  They raised £2,­200.­50.­  They also then took part in their yearly Macmillan coffee morning at the end of September raising a further £2,000.

Lindsey and colleagues from Cross Cutting Change and Efficiency Division held a Macmillan coffee morning raising £87.15. They also raised money for the Ellen Timney Foundation based in Stockton on Tees. They collected 3 boxes of toiletries and nightwear for children aged 0-18 years and raised £1132.61 by holding a One Million Step Challenge ( a competition within their Deputy Directorate of SDT)

Colleagues from DWP Finance and Banking Services ran a Marie Curie Bake Off event and raised £267.50. 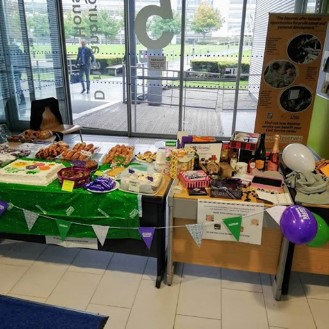 Charities this year have included the Shaw Trust which is a national enterprise providing progressive oppor­tuni­ties for young people with learning disabilities including autism.  The trust came to the attention of the team through the community 10K initiative which has seen a number of people take part in volunteering activities.

The most recent fund raiser was in aid of the Sir Bobby Robson Foundation which saw a full day of activities including raffles and a buffet raising a total of £726.00.

This year they have raised money for:

Vanessa from Service Delivery Section held a Give a hand and bake morning for the Stroke association and raised a fabulous £333.92

A huge ‘Thank You’ to everyone who donated to this year’s 2019 Chocolate Orange Challenge. With your generous donations we have collected 2,533 chocolate oranges across DWP & HMRC sites BPV, TVP and WVP, delivering to the following good causes

Daft as a Brush (Freeman Hospital)

For more information on this wonderful challenge click here